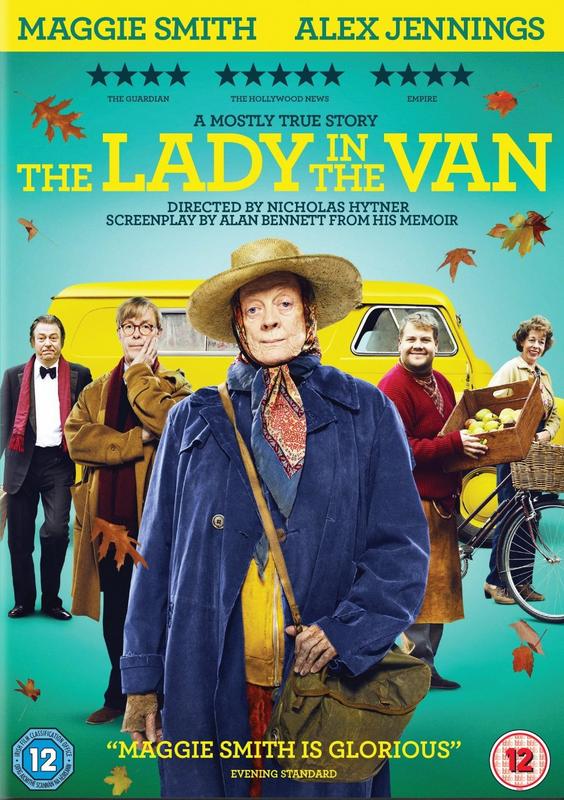 The Lady In The Van (DVD) Stockists

Two-time Oscar winner and star of Downton Abbey?, Dame Maggie Smith, recreates one of her most celebrated roles “ the singular Miss Shepherd “ in The Lady in the Van, Alan Bennett's big-screen comedic adaptation of his own iconic memoir and honoured stage play. Based on the true story, Miss Shepherd was a woman of uncertain origins who temporarily? parked her van in Bennett's London driveway and proceeded to live there for 15 years. What began as a begrudged favour became a relationship that would change both their lives. Filmed on the street and in the house where Bennett and Miss Shepherd lived for all those years, acclaimed director Nicholas Hytner reunites with Bennett (The Madness of King George, The History Boys) to bring this funny, poignant, and life-affirming story to the screen. Running Time: 104 minutes Region: Region 2 Subtitles: Hindi|Polish|English Release Date: 7 Mar. 2016

Oscar winner Kevin Kline plays Mathias, a New Yorker who travels to Paris in order to liquidate a very valuable apartment that he has inherited from his late father. However, once there he finds a peculiar old woman occupying it (Oscar winner Maggie Smith) and she has more than just a bit of bad news regarding his plans to become wealthy. Running Time: 107 minutes Region: Region 2 Release Date: 16 Mar. 2015

Lady and the Tramp [DVD] Stockist

Experience the thrilling adventures of Lady, a lovingly pampered cocker spaniel, and Tramp, a freewheeling mutt with a heart of gold. This heartwarming tale now charms a new generation of families and fans with its exquisite animation, unforgettable songs and one of the greatest love stories of all time. This is the night to share a special bella notte with your family and introduce them to one of Disney's most enduring classics.Languages: English, French, Dutch, ArabicSpecial Features: Play Movie With Introduction By Diane Disney...

Lady Is A Square, The (DVD) Stockist

1950s musical comedy with singer Frankie Vaughan trying to get the big break. After falling for Joanna (Janette Scott), the daughter of widowed classical music promoter Frances Baring (Anna Neagle), Johnny Burns (Vaughan) tries to get on her mother's good side. Realising the widow has fallen on hard times but is committed to hosting a series of concerts, he generously offers to become her butler in order to help out. Now, despite his employer's distaste for pop music, Johnny finally gets the opportunity to aim for his own hit...

Inspired by Nikolai Leskov's 'Lady Macbeth of the Mtsensk District', this is a film noir in the guise of a Victorian costume drama with EE Rising Star Florence Pugh (The Falling) starring in this dark and stormy period drama from director William Oldroyd. When a young woman is bought, married off and oppressed by an older man, her sanity slowly starts to unwind. Taking comfort in the arms of the stable boy sets off a chain of events as unstoppable as they are tragic. ***** The Guardian - 'Brilliantly chilling subversion of a...

Lady of the Night (DVD) Stockist

A brilliant 3 DVD box set containing 'At Risk', 'the Front' and 'Carnal Innocence'. At Risk - Patricia Cornwell Andie MacDowell stars as a tough, driven and hard-working district attorney, who's planning to run for governor. As a showcase she's planning to use a new crime initiative called At Risk. She's been looking for a way to employ cutting-edge DNA technology, and she thinks she's found the perfect subject in an unsolved 20 year murder. Her investigator is not so sure but before he can open his mouth, a shocking act of violence...

Robert Siodmark directs this 1940s film noir adapted from Cornell Woolrich's crime novel. Feeling down following another argument with his wife, Scott Henderson (Alan Curtis) heads out to the pub where he becomes acquainted with an equally dejected woman. Scott asks her to accompany him to the theatre and she agrees but mysteriously wishes to keep her name a secret. When he gets home later he discovers that his wife has been strangled to death and that he is the prime suspect in her murder. With his only alibi an unnamed woman...

Classic British comedy, starring Stanley Baxter and Julie Christie. Murdoch Troon (Baxter) is a shy civil servant attracted to the vivacious Claire (Julie Christie), the daughter of a prominent businessman. In an attempt to impress Claire, Troon acquires a vintage Bentley racer, 'The Fast Lady', and undertakes a series of driving lessons to learn how to handle the car. Needless to say, Troon's attempts to impress Claire don't go entirely according to plan. Running Time: 94 minutes Region: All Regions Release Date: 2 Feb. 2004

Nominated for four BAFTAs including Leading Actress and Supporting Actor, The Iron Lady, starring Meryl Streep, tells the compelling story of Margaret Thatcher, a woman who smashed through the barriers of gender and class to be heard in a male-dominated world. The story concerns power and the price that is paid for power, and is a surprising and intimate portrait of an extraordinary and complex woman."The movie event of 2012"--The Mail on Sunday"Exhilarating"--The Daily Telegraph"Extraordinary"--The Financial Times Running...

Orson Welles' delirious and inventive film noir classic is a dazzling cinematic jigsaw puzzle. Welles plays a sailor who rescues a young woman (played by his real-life ex-wife Rita Hayworth) from a violent assault only to fall under her murderous spell INDICATOR LIMITED EDITION SPECIAL FEATURES: ¢ 4K restoration from the original negative ¢ Original mono audio ¢ Audio Commentary by Peter Bogdanovich ¢ Simon Callow on 'The Lady from Shanghai' (2017, tbc mins): a new filmed appreciation piece by the acclaimed actor and Welles...

Starring: Barbara Stanwyck, Robert Preston, Stephen McNally | With stakes this high, every roll counts. One woman's gambling addiction puts her marriage – and her life – in grave danger. A gritty, classic piece of film noir starring four-time Oscar nominee and Emmy-winner Barbara Stanwyck. In a dark Chicago back alley, among a crowd of seedy characters, Joan Boothe (Barbara Stanwyck, Double Indemnity) tosses a pair of dice and wins a few dirty dollars. She rolls once more, and wins again – and again, and again, and...

Set during the reign of King Charles II, the aristocratic Lady Skelton (Margaret Lockwood) attempts to relieve the tedium of her day-to-day life by secretly acting as a highway robber. Lady Skelton finds herself caught up in a tangled web of romance, danger, and jealousy. Running Time: 103 minutes Region: Region 2 Subtitles: English Release Date: 15 Mar. 2004