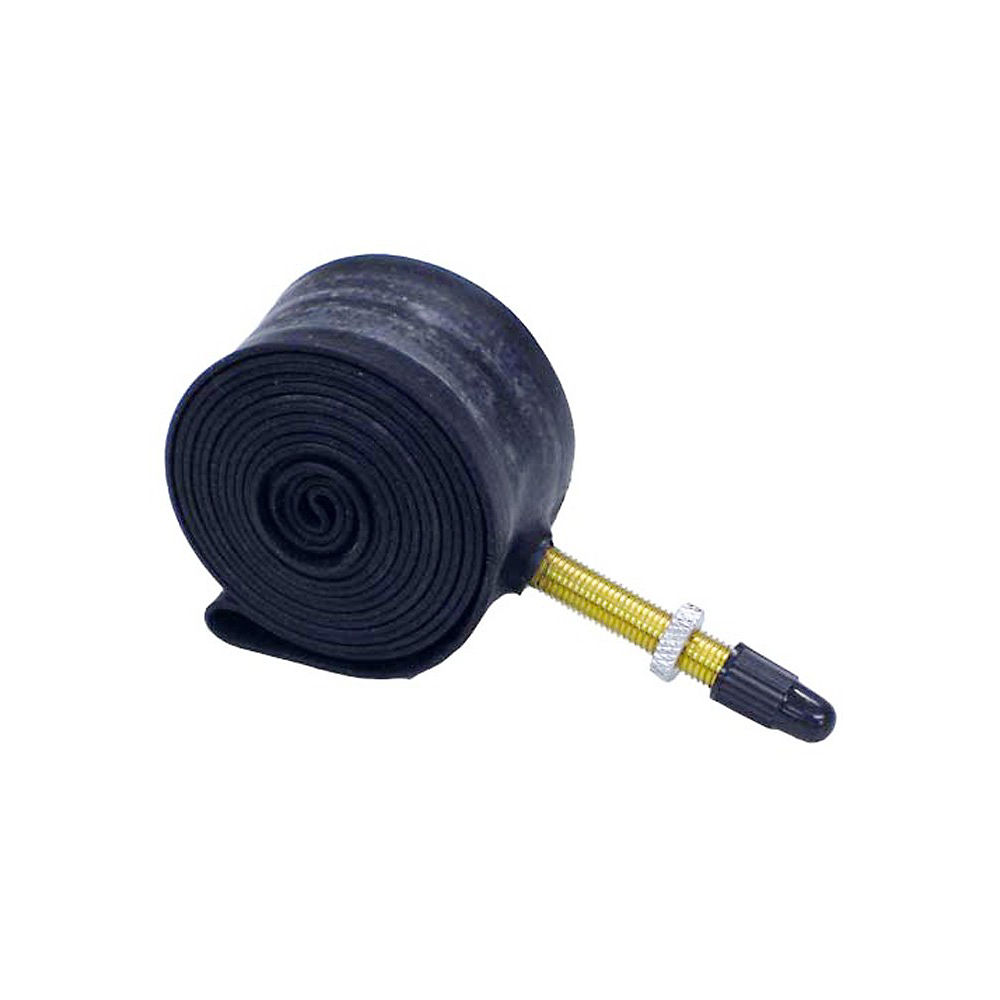 Stans No Tubes ZTR Hugo 52 Fatbike RimPush the boundaries of what fat bikes can do and where they can go with the Hugo 52 rims and wheels, the first rim to feature true No Tubes’ technology for fat bikes. An innovative raised centre and low profile allow easy tubeless inflation, roll faster and give unbelievable traction. Features:For fat bike riding, racing and adventuringFirst fat bike rim to feature genuine NoTubes' tubeless technology with innovative raised centre rim profile for tubeless use52 3mm external and 49 9mm internal rim width for maximum tyre volume and flotationBuy Stan's No Tubes Wheels & Tyres from Chain...

Presta to Schrader adaptor (This adaptor will allow you to add air with a standard air chuck).

This is a custom rim strip designed for use with our ZTR Olympic ZTR 355 and ZTR 355 29er rims Arch Arch 29er rims.Features:Can also be used as a lighter alternative to the Standard model in UST rimsMolded rim strips are equipped with removable core presta valve stems

Stan's No Tubes Race SealantIf you've walked the mechanics' pits at any National or International level event, chances are you've seen them: trademark Stan's black quart bottles with no labels. Look closer and you might have seen strange symbols scrawled all over the bottles in a silver marker, letters and numbers, formula notes by the man himself, Stan Koziatek For nearly fifteen years Stan has been quietly formulating a special racing version of Stan's legendary sealant for many of cycling's most successful teams. Working with athletes who push themselves and their tubeless systems to the absolute limit, Stan's has developed...

The All Mountain 29er (formerly 29er) rim strip will fit some 29" mountain bike rims including but not limited to:Mavic520 TouringSunRhyno Lite 29er