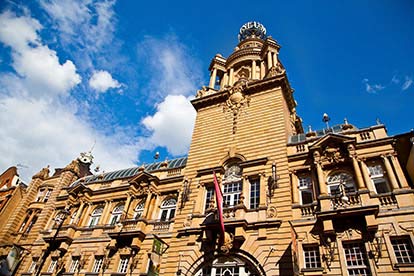 Discover a charming world behind the curtain of one of London’s most historic theatres with this fantastic tour of the London Coliseum. The London Coliseum is a magnificent building, steeped in a colourful history. Commissioned by the great theatre impresario Oswald Stoll and designed by the leading theatre architect of his day, Frank Matcham, the Coliseum is a marvellous example of Edwardian architect in the Grand Style and is widely regarded as Matcham’s masterpiece. Originally opened as a music hall on Christmas Eve, 1904, as a ‘Palace of Variety’ - a theatre which was affordable to the public, but rich enough to inspire a true sense of wonder and amazement. The Coliseum went on to host variety shows, musical comedies, stage plays and was even a cinema before becoming the home of the English National Opera (ENO) in 1974. Filled with stories, characters and fascinating facts, the tour lasts for 90 minutes and encompasses a circuit of the theatre, including backstage access, the Old Gentleman’s Baronial Smoking Hall, Stoll’s Balcony, Upper Glassed Terraces and, of course, the stunning auditorium. The tour provides an incredible insight into a typical working day for the English National Opera.To complete the experience, a delicious two-course meal will be served from a set-menu at a nearby restaurant - choices include: Planet Hollywood, Prezzo, Fire and Stone and Spaghetti House. Restaurant sittings are usually at 13:00 and 18:00 - please confirm meal times when booking.