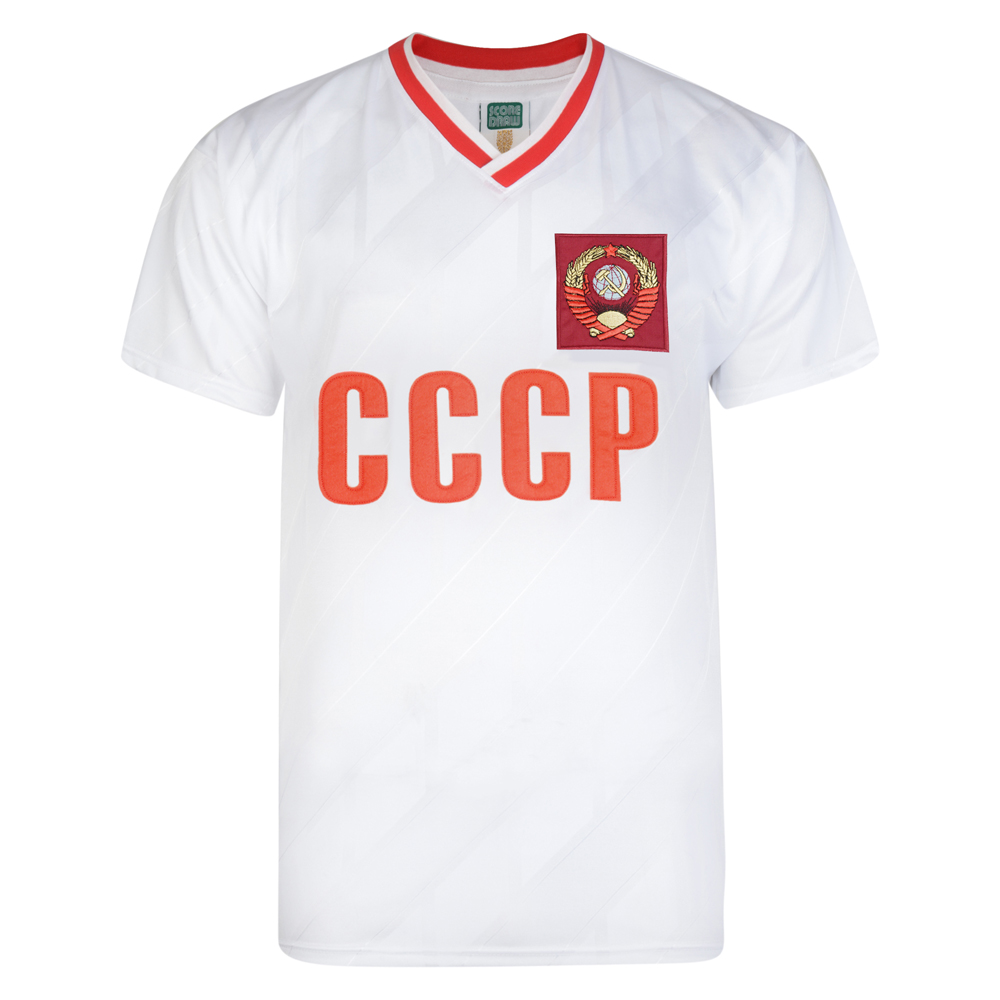 CCCP 1986 World Cup Finals Away&nbsp;Shirt This classic shirt was worn in the World Cup out in Mexico In a group with France, Hungry and Canada they would come out as group winners In the last 16 they came up against Belguim who after extra time they narrowly missed out losing 4-3 This was best goal scoring team in a World Cup scoring 12 goals in the tournament

A soft layer to zip up over your workout wear. Designed to look good heading to the gym or just hanging out, this men's hoodie is made in soft cotton blend spacer fabric with a modern heathered look. Drop shoulders give it an easy fit and contem ....

The ultimate visual coaching aid, the new McKeever “COACHZONE” training bibs perfectly compliment your coaching sessions. With vivid “Pass here” graphic on the front, and a “Hands off” on the back, the COACHZONE bibs provide a constant visual re ....