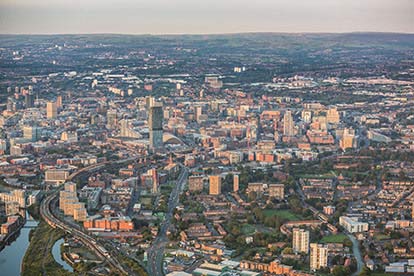 As you take off from Barton the skyline of Manchester will come into view. You will have a bird's-eye view of some of its most famous landmarks including Old Trafford which is home to Manchester United, the Cricket Ground, home of the Lancashire cricket club since 1864 and HM prison Manchester (formerly 'Strangeways') which is a grade II listed building. You will also see the former set used to film Coronation Street at the Granada Studios. Before you head back to Barton, you can listen-in on the radio to hear Air Traffic Control at Manchester Airport - the busiest outside London. Don't forget to take your camera, so you can you can show off your fantastic day out. After your flight you will be able to enjoy a delicious lunch in the airport cafe and a bottle of prosecco to share! Perfect way to finish your day out!