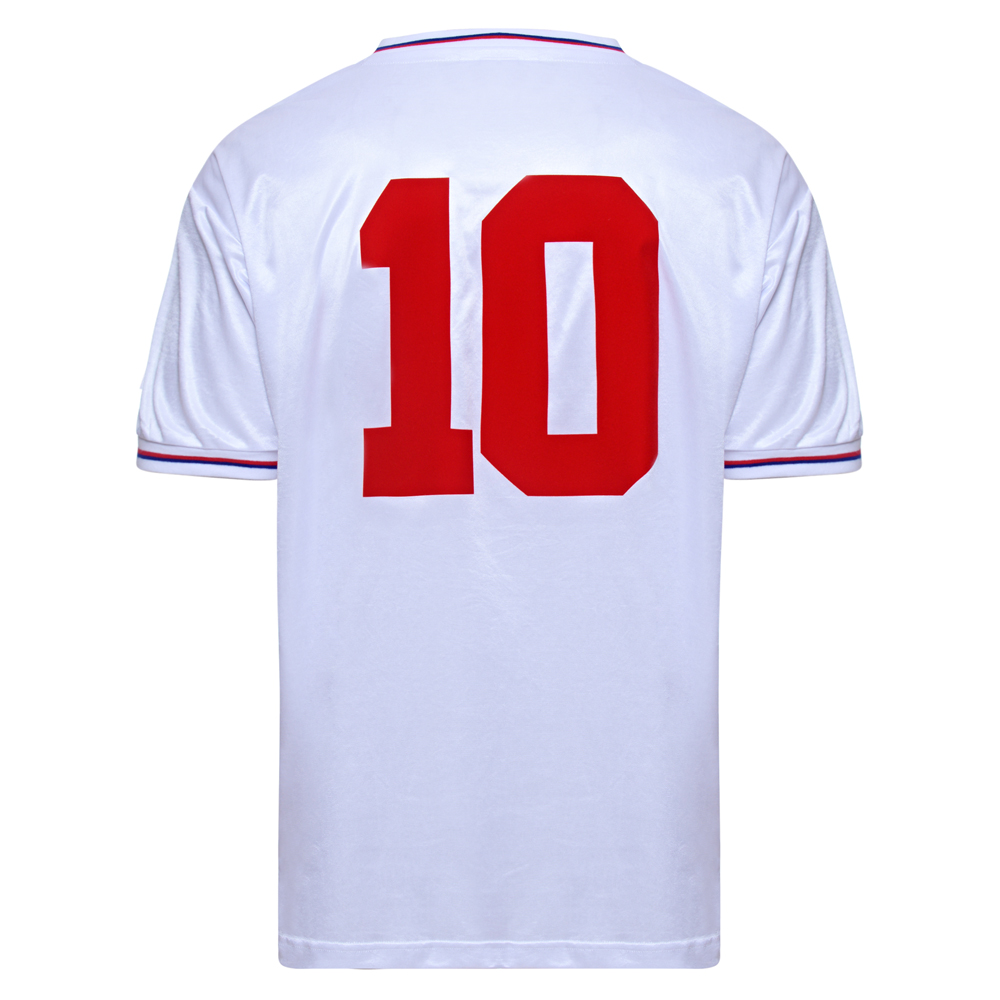 England 1982 World Cup Finals No10&nbsp;Retro Football Shirt Get kitted out for the FIFA 2018 World Cup with officially licensed England retro football shirt As worn by Trevor Brooking the no10 shirt Worn in the 1982 World Cup in Spain Beating CSSR 2-0&nbsp;and Kuwait 1-0 before wearing it against Spain in their last game which they drew 0-0 but ultimatley sending them home&nbsp;