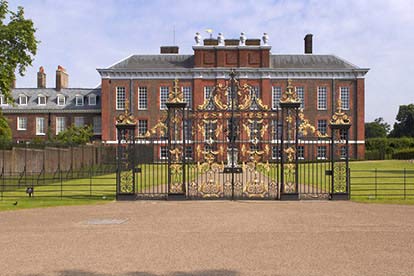 One of London’s most famous royal residences, Kensington Palace is now the official residence of the Duke and Duchess of Cambridge, also known as our William and Kate. Kensington Palace has been resident to British royalty for over 300 years, including Queen Victoria, Princess Margaret and Diana, Princess of Wales. Located in the stunning surroundings of Hyde Park, Kensington Palace has a whole host of things to see and do, including a new permanent exhibition, ‘Victoria Revealed’ inspired by the Queen's own journals which features displays of personal objects in the rooms where she once lived. There is also a new ‘Fashion Rules’ exhibition featuring dresses from HM Queen Elizabeth II, Princess Margaret and Diana, Princess of Wales. You will also be able to meander through the royal gardens at leisure, a tranquil oasis away from the hustle and bustle of central London.