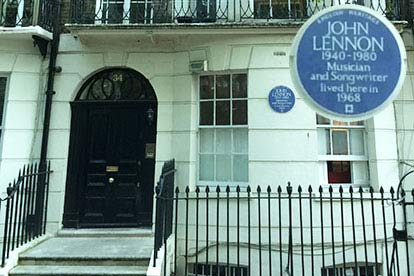 Embark on a fascinating journey through the seminal sites and most famous landmarks which have played a part in London’s rich Rock ‘n’ Roll history. Bring your beloved record collection to life and visit the locations where legendary rock stars got their big break, bought their musical instruments and played to only a handful of people as they kick-started the career which led to worldwide fame and a legion of screaming and adorning fans. With a choice of five great Rock ‘n’ Roll tours to choice from, there is something to satisfy all rock music enthusiast. Choose from the following:A Ticket to Ride Evening Tour - This ‘Ticket to Ride’ is a must for any avid Beatles fan. Classic Rock & Beatles Tour - 4 hours of pure rock magic. Visit the sights which influenced the swinging sixties.Rock 'n' Roll: The Early Years Tour - This tour covers a plethora of past and present iconic rock locations.